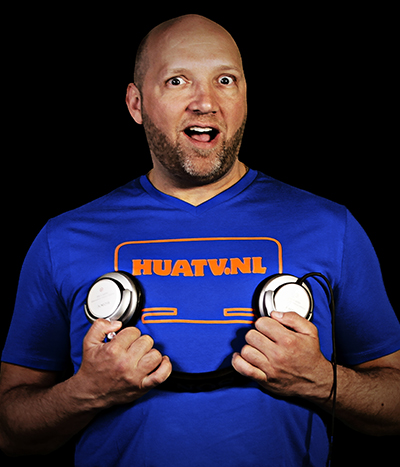 Next to his activities on TV and in the theatres, Ruben van der Meer is also available for MC/ DJ bookings. He has played at Dance Valley, Sneakerz, Lowlands, Dutch Valley and in various clubs. His performance is energetic with a lot of entertainment!

Ruben has also performed in various live action movies/ series like ‘Alles is Liefde’, ‘Papadag’ and ‘Baantjer’. Ruben played the lead in the movie Masters and Plan C. He was nominated for his roll as best actor in The Netherlands. Internationally he won an award for the same nomination.

For 2019, there are a number of TV programs, theatres and festivals on his schedule and he is busy with making his own movie.

Everybody knows him, everybody likes him and you will never get rid of him!